Another Shocking Open for Wall Street

Well today was no surprise, the market participants have the jitters and people are talking about March 2009 again.  But what do the charts tell us.  Here is a 7 month chart of the S&P500.
The market seems to be testing out support at 1065, with a couple of forays below, but as yet no close below.  We can see a sideways channel building between 1065 and 1105.
Although the volatility of the market has risen tremendously since the beginning of May, there is definite sideways consolidation.  We have also seen 2 blow off bottoms in May.  We can see this in the volume surges.  Volume explosions can often indicate a trend change and in both of these instances is did.  But the trend change was temporary.  Volume has significantly increased in May suggesting that there is significant fear and greed in the market, and at the moment the fear is winning.

Chart Courtesy of Worden Brother Inc.
But there are a few other nuances in the chart that may prove to be important.  Look at the MACD histogram in the middle window.  It is starting to poke its head above the water.  Also RSI is starting to get involved in a tussle with its 14 day Moving Average, showing signs of possible flattening of the trend and a resumption in strength, or at least a continuation of the sideways movement.  Time Segmented Volume is also flirting with a move up.
However equally important to note is in the upper windows we see the S&P500 has broken down through its 200 day Moving Average, and as we know, many professionals and amateur traders alike recognize this pattern.  Whether or not this is a more significant signal that the others I have mentioned is debatable.   What is interesting is that the index is now using the 200 day moving average as resistance.
So what to do?
Wall Street loves drama, and it is certainly providing drama here.  It is critical not to get caught up in the moment.  If you are a member of our clan here, and actually read the newsletters I send out :) You would have been warned of the significant downturn months ago.  I have not been invested in the long side for a while, and therefore I am at peace with the market.  The longer this goes on the better it is, because I will be able to get into the stocks I am following at excellent prices.  That means lower risk and more reward.  You cannot beat a good mini-crisis to unveil great bargains in the stock market.
Watch for a good break of the 200 day Moving Average on higher volume (if possible), watch for a Money Flow / RSI / TSV or MoneyStream surge or divergence before price moves out.  And if you really must buy stock now, be very careful of any break of the support lines at 1065 or 1047.  1047 would be a low for the year, and it is not that far off. 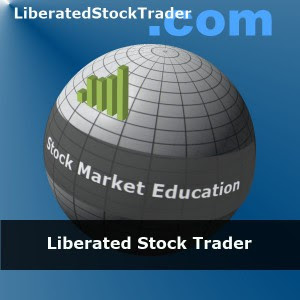